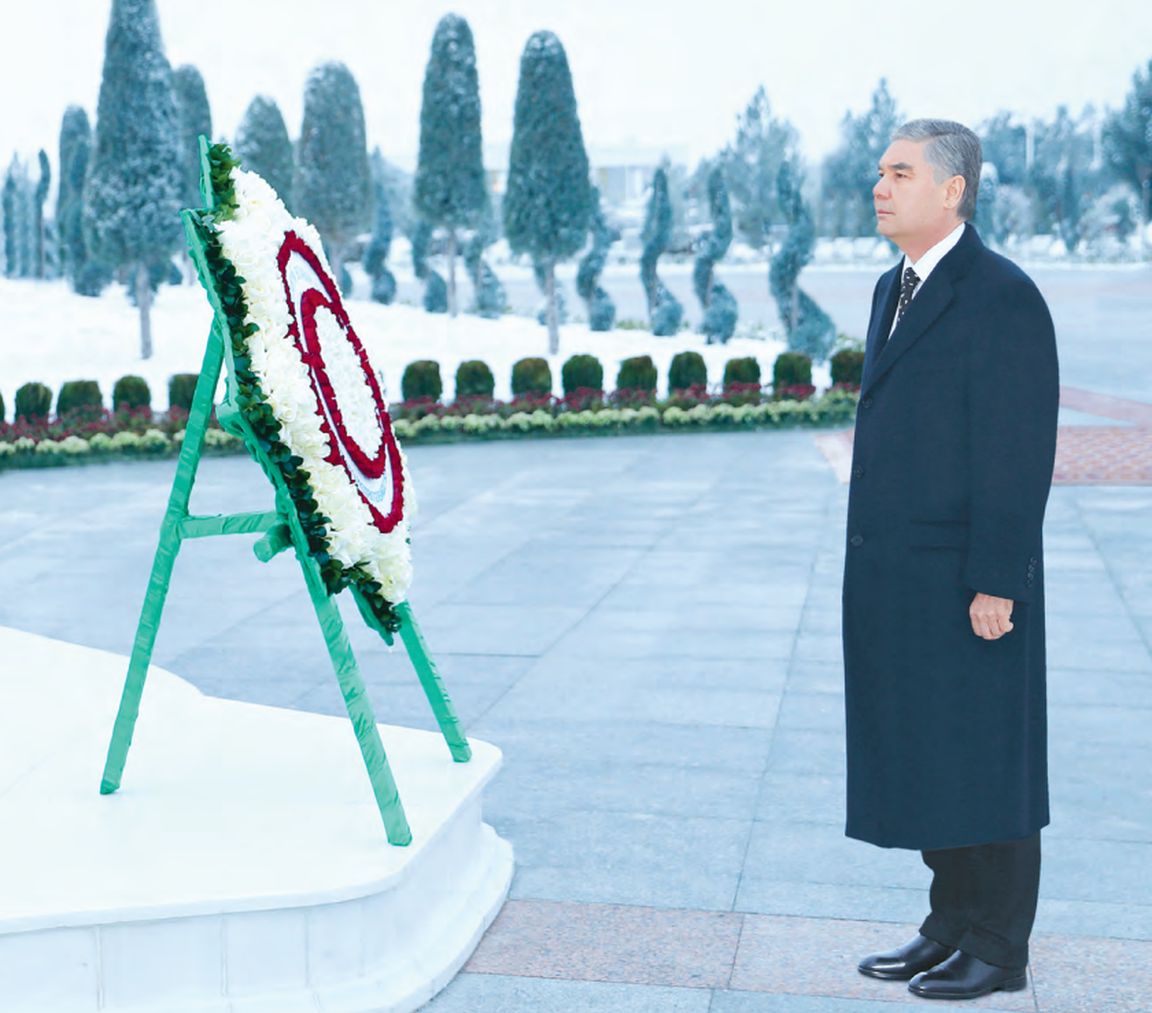 As informs Sate information agency of Turkmenistan, President Gurbanguly Berdimuhamedov early in the morning took part in solemn ceremony of flower tribute to the Monument of Neutrality.

Head of Turkmenistan goes to the Monument of Neutrality.

In the Guard of honor noble warriors of the National Army lined up.

The State Anthem of Turkmenistan is played. In a solemn ceremony, the leader of the nation lays a wreath at the memorial plaque at the foot of the magnificent Monument.

Following the head of state, flowers are laid by the chairman of the Mejlis, deputy chairmen of the Cabinet of Ministers, heads of military and law enforcement agencies, ministries and departments, deputies of the national parliament, heads of international structures accredited in Ashgabat, as well as representatives of public organizations, the media, honorary elders and student youth.

This 2020 year  is marked by the 25th anniversary of the Turkmen state gaining the status of permanent neutrality, which affirms the most valuable humanistic principles of mankind - peace, mutual understanding, friendship.

In commemoration of this date, anniversary events were actively held, designed to once again emphasize the importance of the neutral status of our country delegated to the UN, the principles of which are becoming an integral and fundamental component of international politics.

Upon completing solemn ceremony President Gurbanguly Berdimuhamedov warmly said good-bye to all participants and left the place of event.

This day festivities devoted to Neutrality Day were held in all regions of the country.
turkmenportal.com
12.12.2020
FaLang translation system by Faboba