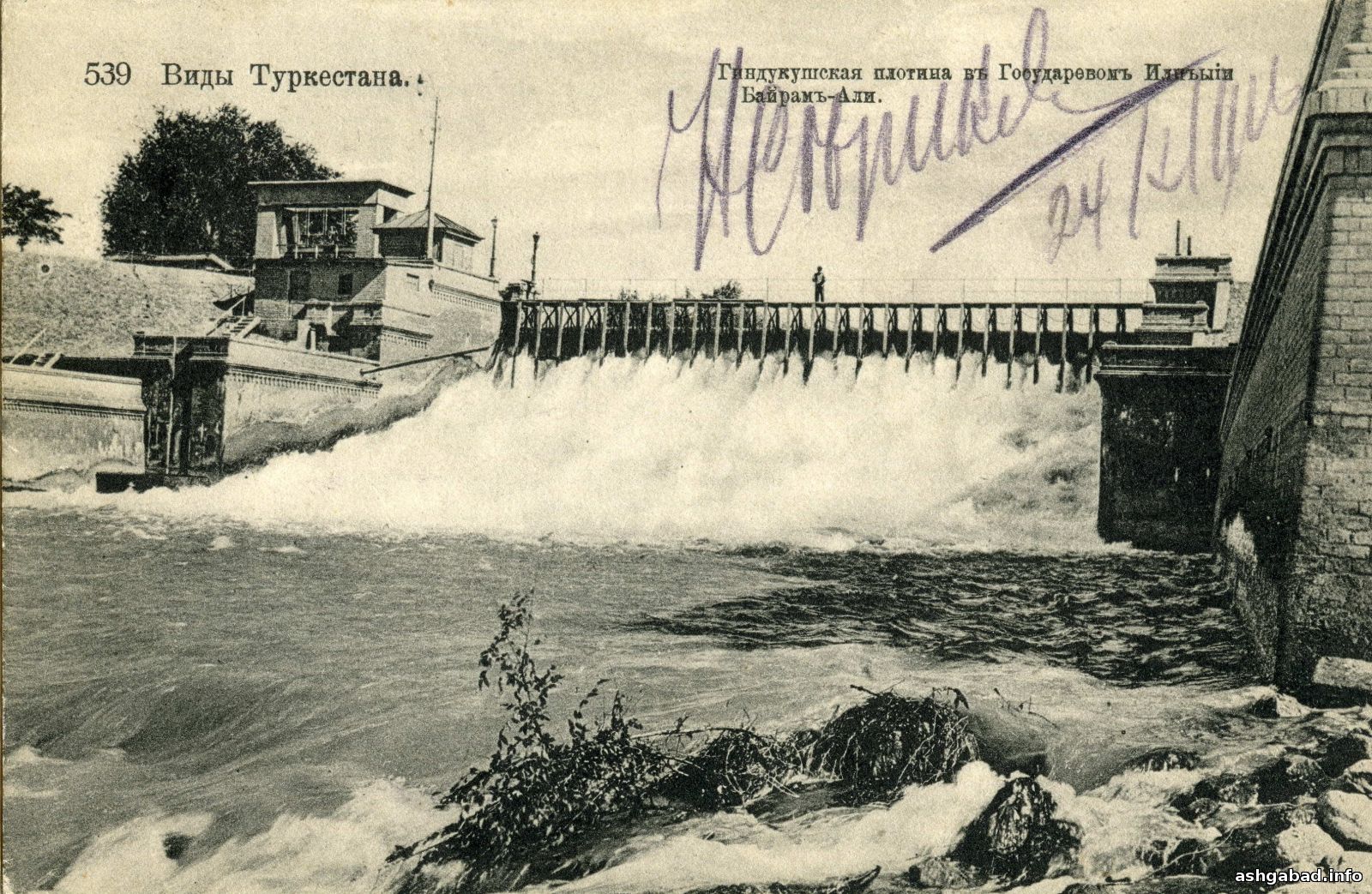 The capacity of the Hindu Kush hydropower plant, built on the Murgab River 110 years ago, is only 1.2 megawatts. There are 3 hydro-turbines at the hydroelectric power station. But the hydroelectric power station that still functions today is not only part of the power system of Turkmenistan, but also a historical monument, as well as an open-air museum.

The construction of the hydropower plant was begun in 1907, and exactly one hundred and ten years ago, in 1909, the installation of the arrived equipment began. Soon the first electric current was generated. It was one of the high-tech facilities for its time, as well as the first and only hydroelectric power station in our country. Experienced mechanics who can take care of old equipment work here.

Excursions for schoolchildren are organized at a unique energy facility, and foreign visitors are showing great interest in it. Because here everything is ready to welcome guests. Well-groomed courtyard, cozy benches in the shadow of grapes and pomegranate, vintage street lamps. The building is perfectly preserved, not only rare mechanisms but also pieces of furniture of pre-revolutionary time are carefully preserved in its premises.

In a vintage bookcase made of mahogany - books on hydraulics and elementary mechanics, published in the early 1900s. On the table, there are out-of-use devices, an old telephone, and an inkwell... On the wall, there is an information stand with photocopies of archival documents – construction orders, reports on the acceptance of turbines. Among the exhibits of the Museum of photographic evidence of the first strip transmission lines (1910). Furniture and accessories of the early 20th century coexist with homemade chairs made of thin iron rods with the characteristic Soviet symbols, dated 1951.

Adjacent to the Hindu Kush hydroelectric dam of the same name – a unique not only from a historical but also from an architectural point of view construction. Parapets, small niches, and hatches, where are the taps and units for different purposes, arches above the branches, towers and fences small "embankments" - durable construction expertly built of brick by using different types of masonry.

Part of modern of existing hydraulic structures on the Murgab river built between 1895 and 1909. This dam Sultanbent (1890), Yolotan ( Ýolöten) and the Hindu Kush (1895), with a system of canals. Since 1907, the construction of reservoirs was simultaneously designed in the oasis. Some of them are used today.

If we take into account established at the beginning of the last century as a single hydraulic reservoir and canals of Central Asia, the project of the hydraulic system, which was called Turkestan, this year is also the anniversary - one hundred years since the beginning of its construction.

Alternators Made in Budapest, Hungary, in the Power Generating Hall of a Hydroelectric Station in Iolotan on the Murghab River

This photograph shows alternators in the power generating hall of the Hindu Kush hydroelectric station at Iolatan on the Murgab (Morghab) River in present-day Mary Province, southeastern Turkmenistan. The Murgab River flows from Afghanistan into Turkmenistan and forms part of the border between the two countries.
The hydroelectric station was completed in 1909. The caption indicates that the machines were manufactured in Budapest. Cotton production was a priority in the Russian economic development of this region, and hydroelectric power was essential to the development of the cotton industry.
The image is by Russian photographer Sergei Mikhailovich Prokudin-Gorskii (1863–1944), who used a special color photography process to create a visual record of the Russian Empire in the early 20th century. Some of Prokudin-Gorskii’s photographs date from about 1905, but the bulk of his work is from between 1909 and 1915, when, with the support of Tsar Nicholas II and the Ministry of Transportation, he undertook extended trips through many parts of the empire. Prokudin-Gorskii was particularly interested in recently acquired territories of the Russian Empire such as Turkestan (present-day Uzbekistan and neighboring states), which he visited on a number of occasions, including two trips in 1911. Turkestan appealed to him not only for its magnificent monuments of Islamic architecture, but also for the development that came in the wake of Russian settlement.