Exactly at 8.00 а.m. on 09.17.2016, with the participation of President Mr Gurbanguly Berdymukhamedov and numerous honorary guests from abroad began thecelebrations on the occasion of the opening of the main "air gates" of the country - the airport "Oguz Khan."


There were hundreds of the guests of the country including heads and experts of largest international transport and other organizations, top managers of such large air companies as «Boeing», «Airbus» and others.

The International Airport, put into exploitation in Ashgabat and being the largest in the Central Asia, occupies almost 1200 hectares and includes more than 100 facilities.
It is designed to replicate the shape of a soaring falcon, will be a great fit to the capital city which already boasts several other unique structures, including a publishing house in shape of an otheropen book. 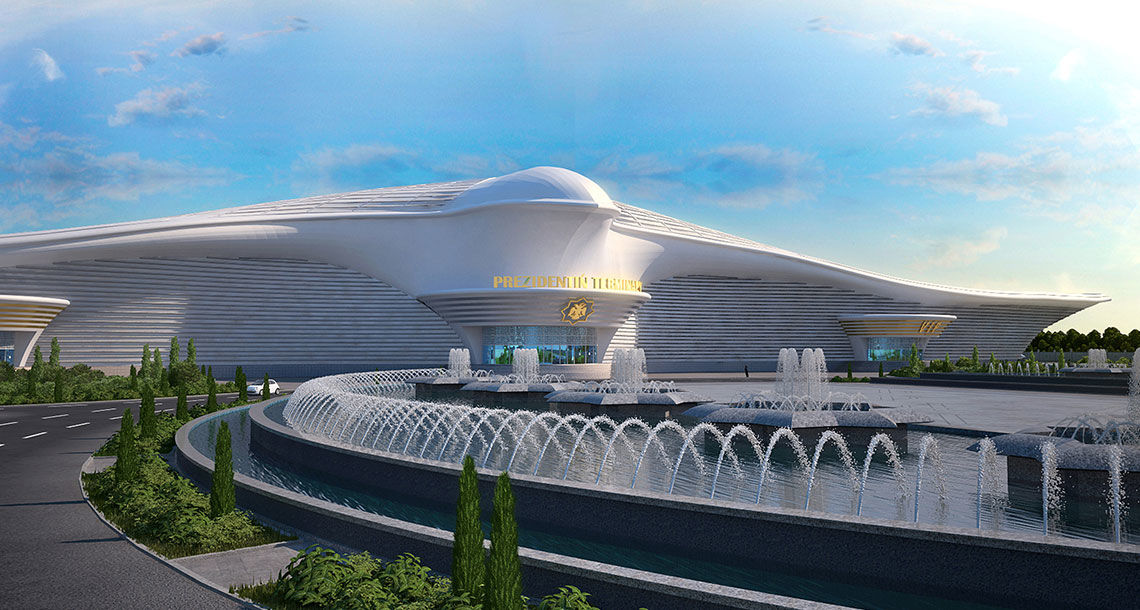 New airport has two airstrips with all necessary infrastructure and total length of 3800 meters. Air traffic control service is provided with super modern navigation equipment. The Airport is able to receive airplanes of any types and cargo capacity providing the service at international level.

The new international airport,the cost of which is estimated at more than two billion US dollars,is built by Turkish company "Polymeks Company".

The Leader of the Nation ,President Gurbanguly Berdymukhamedov, said during the opening ceremony that Turkmenistan has “all the opportunities to become a transport bridge facilitating economic cooperation between Europe, the Asia-Pacific region, and South Asia.With an advantageous geographical position at the crossroads of regional and international communications routes, our country has a solid transit potential we aspire to realise to the maximum,”
He noted the symbolism of the date of putting new capital airport into exploitation – exactly one year until the beginning of V Asian Indoor and Martial Arts Games. It is personnel of national aviation service, who will be the first to meet numerous guests of our country, participants and spectators of the Games.Under preparation to the Games, which will be held in 2017, the number of flights including for passengers from Asian region is planned to be increased during Asian Games. 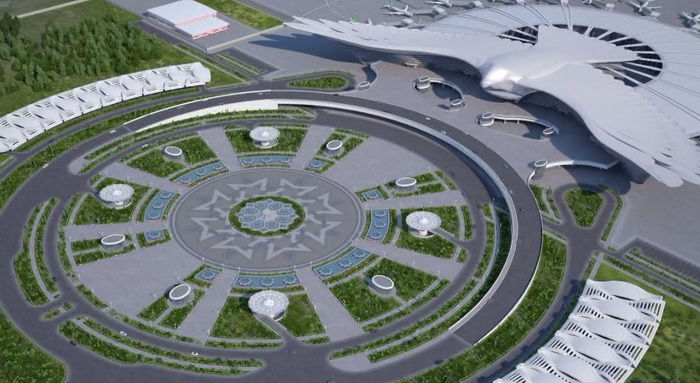 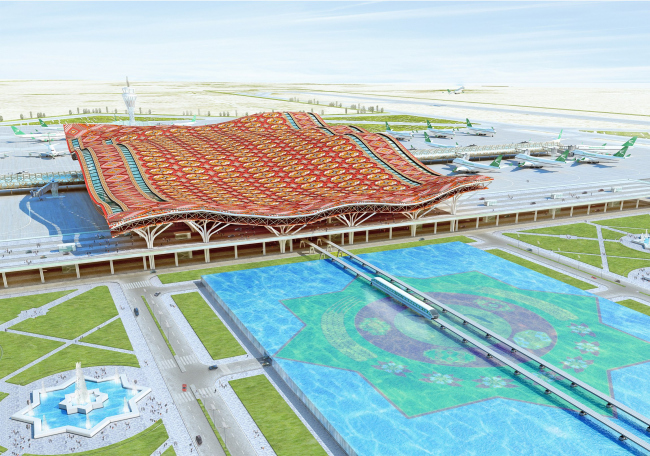 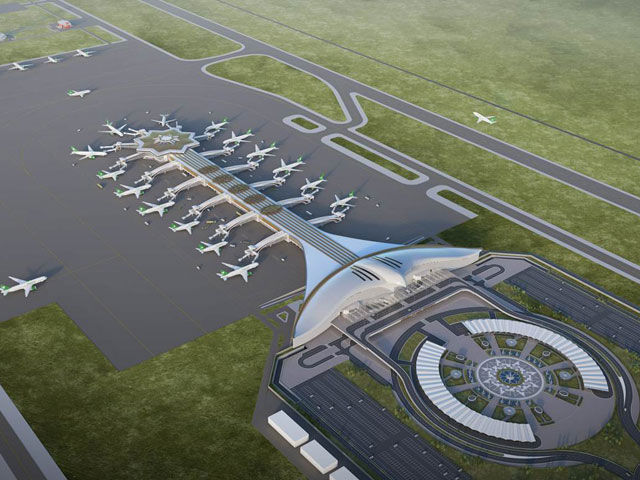 Mr. Shield said that for already 26 years he awards prizes for the best construction projects of the world but new airport complex of Ashgabat made special unforgettable expression by its unusual original design.

See thevideo of the new airport:https://youtu.be/TOru2aUJwkQ